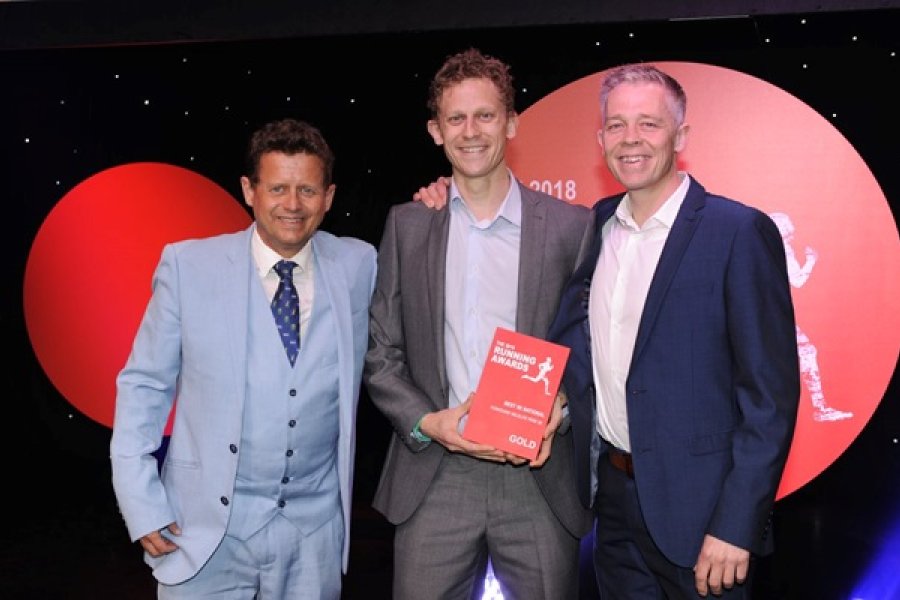 Jonathan (or Jono as he's better known) is Director at Curly's Athletes, a local sports event company that organises local runs such as the Donaster 10k and the Yorkshire Wildlife 5k. As well as organising the events he spends a lot of his time supporting the local community and helping people become more active.

In his own words, Jono says: "At Curly's we spend a lot of our time building up a community around our events while linking in with some amazing partners to help support getting people active. Our aim is provide people with their own Everest to climb, whether that's a one-mile walk or a marathon, while offering them the support and belief they can do it.

"I believe this is a great way of influencing a more active lifestyle - I've met so many people that have signed up to one of our events and have made a hugely positive lifestyle change."

Suitable for all ages

Since Curly's started Jono has seen over 15,000 people aged between one (in their buggy!) and 82 sign up to their events and every year that number keeps growing and growing, as do the number of events that they organise. In that time they've also won the best national 5k and best regional 10k at the national running awards for their Doncaster events. A fantastic achievement when you consider they've only been up and running for two years!

Curly's can help you set your own targets

Jono explains that with regular events throughout the year there's always something exciting to get involved in or build a target towards: "For the people of Doncaster we have the Yorkshire Wildlife Park 5k on 14th October, the Doncaster 10k on 25th November and the Great Sprout Scuttle 5k/10k on 9th December, all within a 4 mile radius of the town. These events start at £15.50 up to £22, and working with some amazing charities we'll also be launching a virtual events site with our first event that you can take part in for FREE!"

Find out more about getting into running, jogging and walking

To find out more about Curly's Athletes and how they can help you to set your own goals, visit the Curly's website or visit their facebook page and send Jono a message.

Did you manage to catch "Dance on the Airwaves" on @sinefm?

You can join @we_aredarts in your own home on the 26th January for a free Dance On Zoom taster session.

Visit bit.ly/2X0Ny7Z for more details & to find out how to book a place.

RT @Sport_England: We've teamed up with @Crowdfunderuk to match fund successful Crowdfunder campaigns to help the sport and physical activity sector in the current situation. Find out more about #ActiveTogether.

RT @ClubDFoundation: If you’re a business who’d like to support our social isolation projects or know someone over 60 who could benefit from our support, please email lauren.cuttell@clubdoncasterfoundation.co.uk or call 01302 764663.

@we_aredarts "We will get you warmed up, raise your heartbeat a little, have a boogie and a stretch"

RT @we_aredarts: Beat the winter blues with a boogie! Join our free Zoom taster session on 26 Jan & find out what our Dance On sessions for over 50s are all about! Visit bit.ly/2X0Ny7Z for more details & to find out how to book your place @DoncasterMoving @onedanceuk #doncasterisgreat