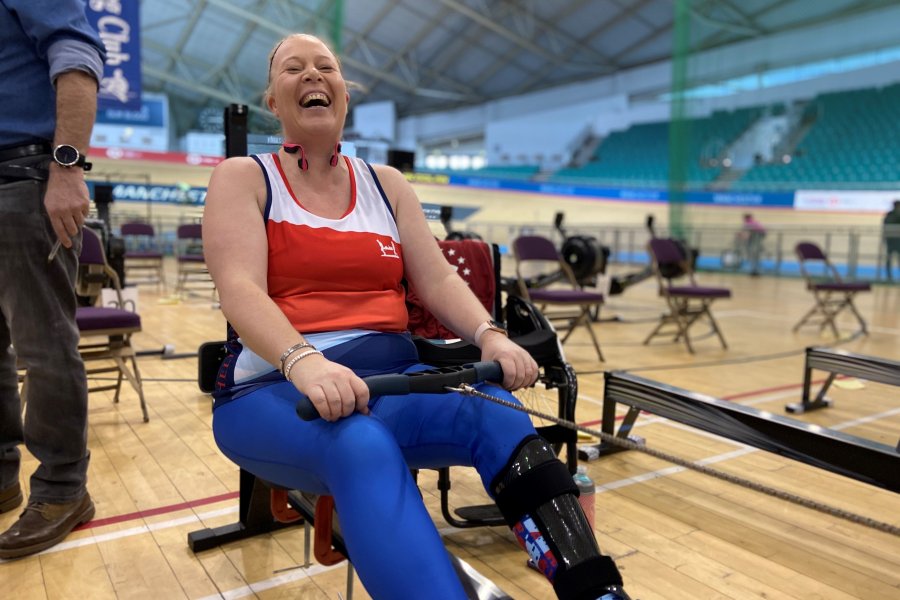 In 2014, she was medically discharged from the Army. On leaving she suffered further with her mental health and her physical condition deteriorated further. She was introduced to the sports recovery programme through Help for Heroes in 2015, where Caroline's journey started in adaptive sports.

She was part of Team Aspire completing the Enduroman Arch to Arc Triathlon in 2015 and in 2016, became an Invictus Competitor for team UK. In 2018 Caroline took up Para Powerlifting, where represented Team UK at the Warrior Games in Tampa, and the Invictus UK trials in Sheffield.

After seeing an advert for Doncaster Rowing Club in August 2019 about their Go Row Indoor programme, Caroline decided to give it a go. She was able to take part in Para Rowing using only her trunk and arms with a fixed seat. 15 weeks after taking up rowing, Caroline competed at The British Indoor Rowing Championships in the PR2 category and adaptive relay team. Her hard work, determination and the fantastic coaching from Doncaster Rowing Club saw her come away with three Silver medals.

In January 2020, Caroline went to the English Championships were she competed in the 500 meters; winning Gold and even beating some of the able-bodied competitors.

Caroline said, "I am determined to go back to the British Indoor Rowing championships in 2020 and compete in the 500m and 2k races against some of the Team GB Para athletes. I urge everybody, para or able-bodied to come to Go Row Doncaster on Monday's and give it a try".

RT @FightForGood1: Head to our YouTube channel for home workouts and then send your photos and stories to @active_regen! Remember, stay fit and healthy! Link Below to our channel!