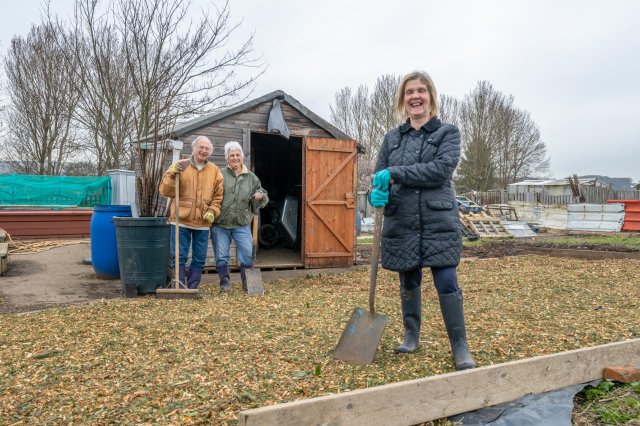 Local residents have been telling us what being active means to them and the benefits it has brought to their lives. We'd love to hear from you too - tell us what you think about being active using our social channels using #GetDoncasterMoving or contact us using our online contact form. 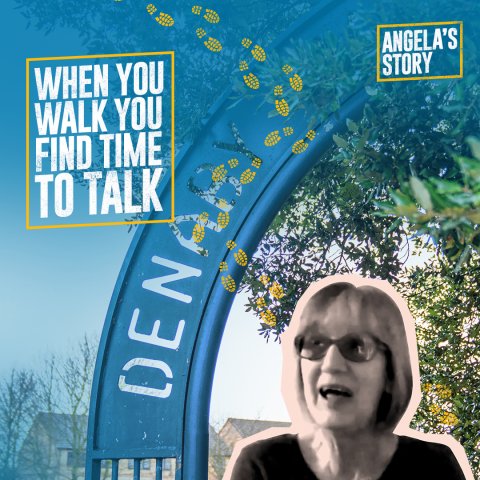 A familiar face to many in the Denaby area, Angela is a local community champion for the Active Dearne Project. Although Angela hasn't always been a keen walker, she's discovered that it makes a big difference to her overall wellbeing.

Angela has fibromyalgia and an underactive thyroid and says walking has been hugely important for both her physical and mental health.

"I don't always have a lot of energy, and I do get easily tired, but I've really benefited from walking in so many ways" she says.

Angela runs a range of activities for local people including the Denaby Health Walk. These walks are free to join for people of all ages and abilities, with different routes around Denaby.

"Even just walking around the streets can be beneficial" says Angela. "You're always likely to see someone who will greet you with a smile." 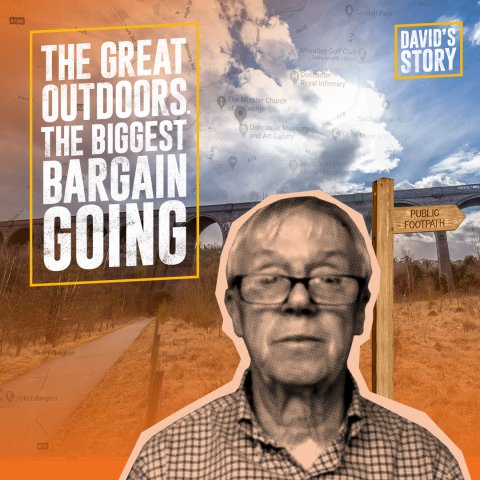 Tickhill resident David knows all about the benefits of walking. As chairman of the Doncaster Ramblers walking group, he has seen first-hand the difference that walking can make to people's lives. "People who are active feel less stressed," he says. "They sleep better, they feel better and they are less likely to struggle with depression."

David says there is no pressure or expectation attached to walking. People who are finding it hard to get active can simply start off with short walks in their local area and gradually extend them. "It's not like the gym, where you have a certain target for the amount of activity you do," he says.

"There are so many benefits of walking," says David. "It improves your wellbeing, gets you out in nature, and it's completely free. All you have to do is put some footwear on, get outside and take that first step."

Find out more about Doncaster Ramblers. 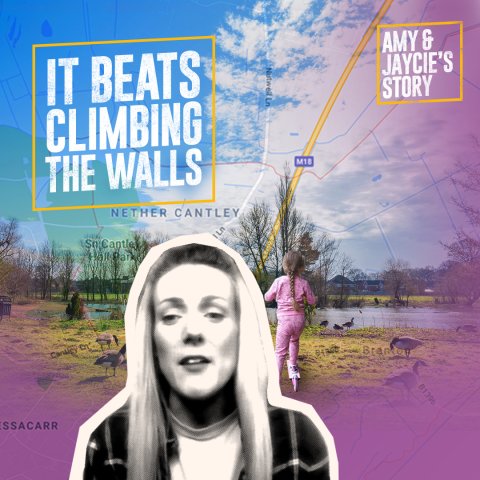 Amy would admit that before the pandemic, she wasn't the most active person. But by getting out for walks in the local areas, she has discovered lots of benefit for herself, her partner and her partner's five year old daughter Jaycie.

Working from home without a garden during lockdown was challenging for them all, particularly when trying to juggle home schooling for Jaycie. Amy says that building a walk into their daily routine really helped to improve their wellbeing. "Mental health wise, it's had a massive impact" she says. "Just getting out and going for a walk, it certainly beats climbing the walls!".

Walking has also helped Amy to get active in other ways, as she went on to complete the Couch to 5K running programme. 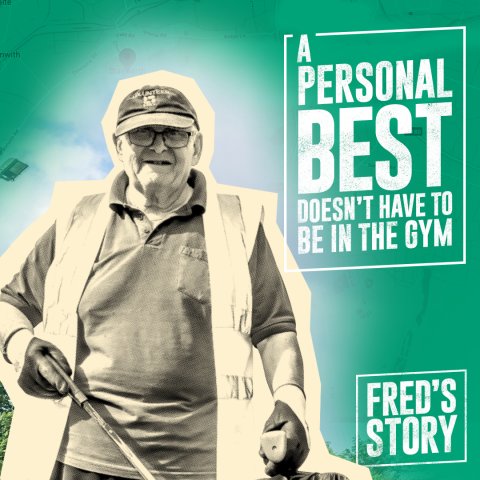 Retired soldier Fred is a regular sight on the streets of Stainforth, thanks to his litter pick walks. Twice a week, the 73-year-old joins volunteer group – Stainforth Environmental Regeneration Volunteers – on walks around the town to collect rubbish. The group helps Fred to keep fit and healthy, as well as helping to keep the village clean and tidy, and has brought members of the community together.

"It keeps me going," explains Fred. "It gives you a reason to get out and move, and you know it's doing you some good. We have a chat as we go so it's sociable too."

Despite living with arthritis and using a walking stick, Fred says that being active has made a big difference to his physical wellbeing. On the days when he gets out with the volunteers, he usually walks up to 10,000 steps!

"You don't need to go to the gym or spend money to stay active, you could join a group like ours," says Fred. "Doing things with other people, at a regular time, is a really good way to stay motivated."

For more information or to get involved, visit the Stainforth Environmental Regeneration Volunteers facebook page. 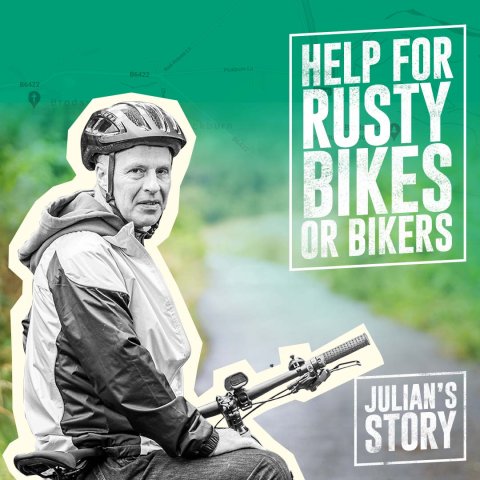 Julian has always been a keen cyclist, but when the first lockdown began, he decided to take his passion to a new level. Together with his wife he set up Yorkshire Bike Shack, a social enterprise that repairs bikes and passes them on to those in need across Doncaster. The enterprise helps to provide transportation and get people out and about and active.

"I like to keep busy and want to do my bit to help people," says Julian, 53. "So I bought a couple of bikes to do up and sell or donate to people who need them.

"After a while I found myself with spare bikes. My wife and I are foster carers so we put the word out with the fostering community and started to find homes for bikes I'd done up – and it went on from there."

Julian says there are so many benefits to cycling, and believes Doncaster is a great place to get on a bike. "Cycling is a really good way to keep fit and to get around. You don't need any fuel and it doesn't create pollution.

"There are some great places around here, you're never very far from somewhere green and a bike is the ideal way to explore." 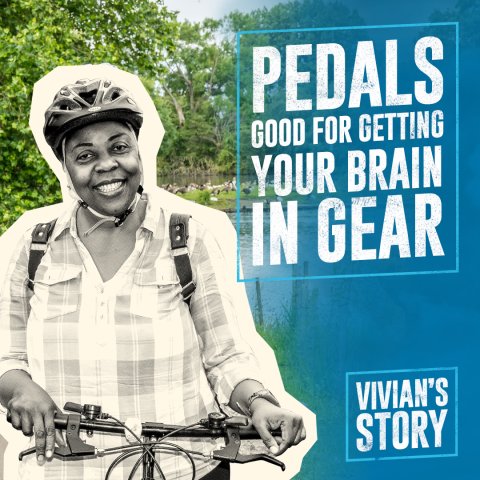 Having seen a big improvement to her health and wellbeing, Doncaster resident Vivian says she feels like "a new person" after getting more active over the last 12 months.

Vivian, 45, had been struggling to find the time to exercise, but when the first lockdown came into effect last year, she decided to make some changes. She began by walking every other day, then added running to her routine until she was covering up to four miles on foot most days.

A charity also provided Vivian with a bicycle, which she uses to explore different trails and local beauty spots. Vivian also contacted Pedal Ready and completed their fully-funded course to learn how to cycle safely.

"My favourite area is Sandall Park," says Vivian, who came to live in Doncaster from Cameroon five years ago. "I feel really blessed being around nature."

As well as feeling physically stronger, Vivian says that exercising outdoors has had a positive effect on her mental health. "When you get home after exercising you realise that things don't matter as much," she says. "You don't feel as stressed; you feel much better. It's just become a massive part of my life now." 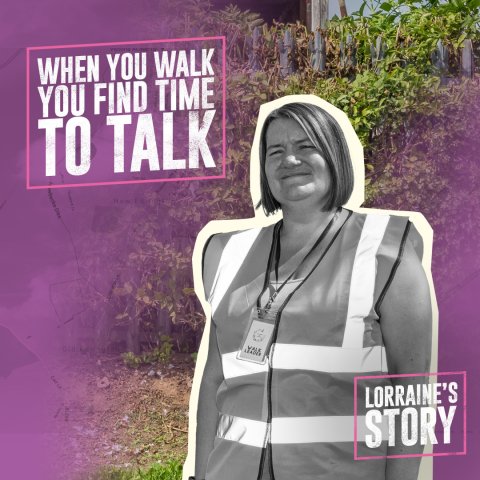 Edlington resident Lorraine took up walking to support her physical and mental health following the loss of her mum in 2015. Today she gets out for a walk at least once a week, including with local walking group Walking in Circles.

"The benefits of walking are that it keeps you healthy, it keeps you motivated, and you get to meet people," says Lorraine. "You can make new friends and it means that you're outside being active, not just stuck indoors."

One of Lorraine's favourite walks is through the Brickyard in Edlington, which takes in Martin Wells lake and the nearby woodland.

"You get to see all the different animals and flowers as you walk, and it takes you all the way down to the boating on the lake," she says. "It's a nice steady walk."

Anyone can get involved in Walking in Circles, which regularly posts information about its upcoming walks on its Facebook page.

"We have a laugh, you see different things on every walk, and we all have a good bond with each other," says Lorraine. "We can talk about anything we want to."

RT @we_aredarts: So much joy in the room! Here is @CharlieAEdance leading one of our weekly #DanceOn sessions for over 50s. Fancy joining us? Find a group near you and try your first session free: bit.ly/3mpj49N #Over50s @DoncasterMoving #SaturdaySocial 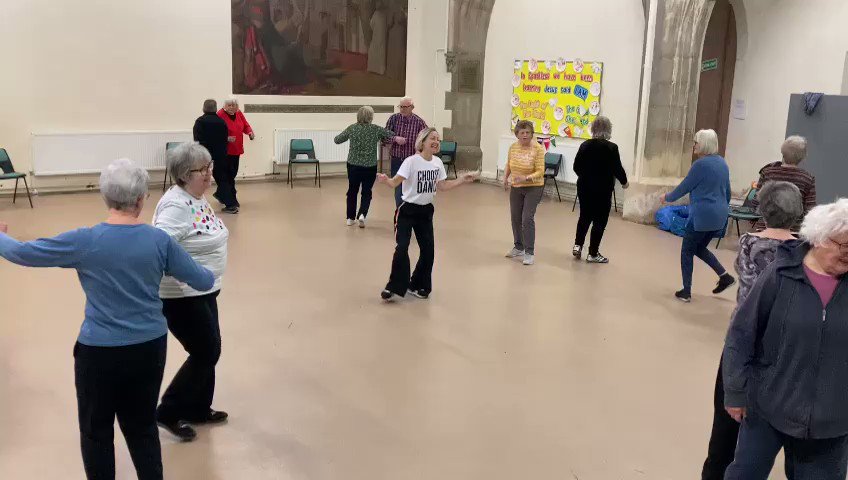 We had a brilliant day at the #DNShowcase2023 and a really positive response to the launch of our Corporate Volunteering offer!

Businesses looking for a team building day with a difference, get in touch - it's fully funded this year too: getdoncastermoving.org… twitter.com/Ducker_hol… 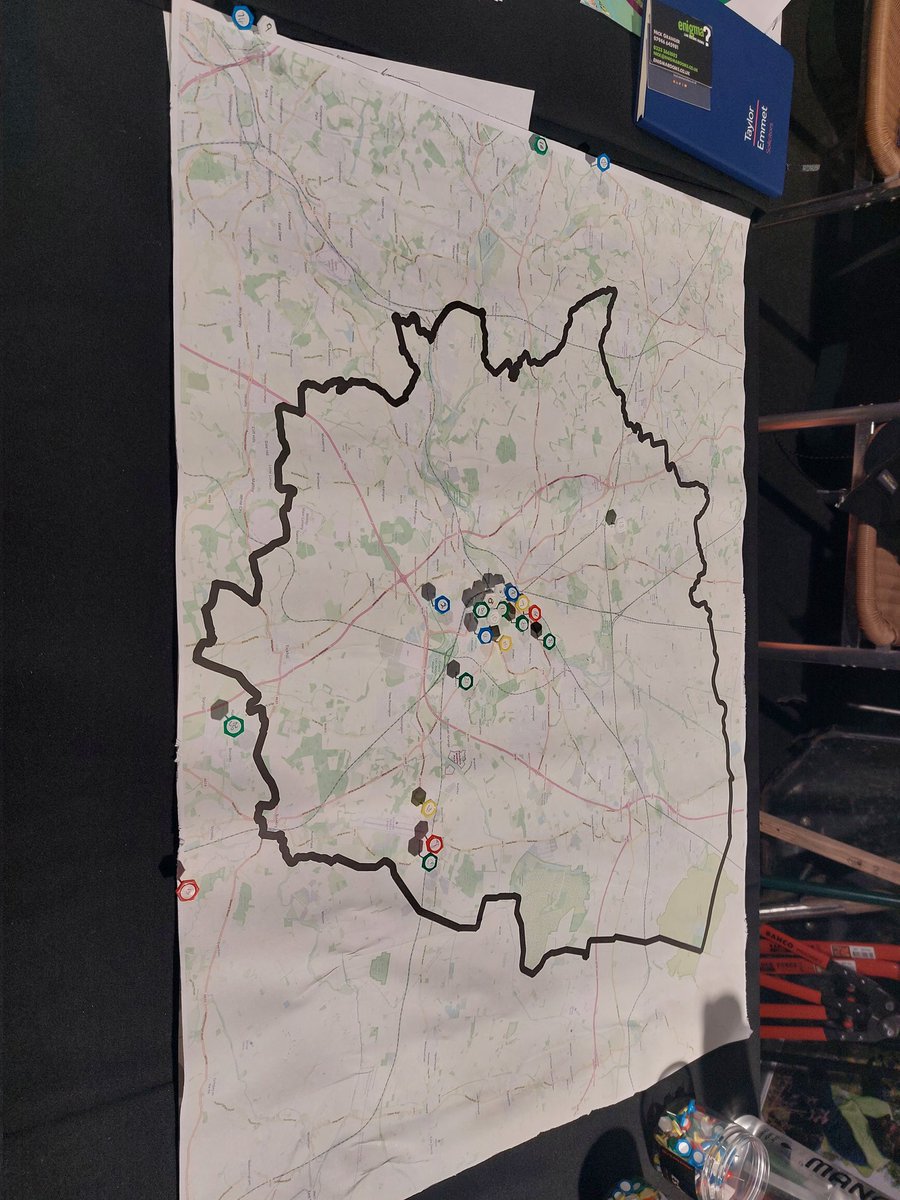 We’re ready to go at the #DNShowcase2023 and looking forward to speaking to businesses about our fully funded corporate volunteering opportunities in DN parks! Great for team building, great for the local environment🌲 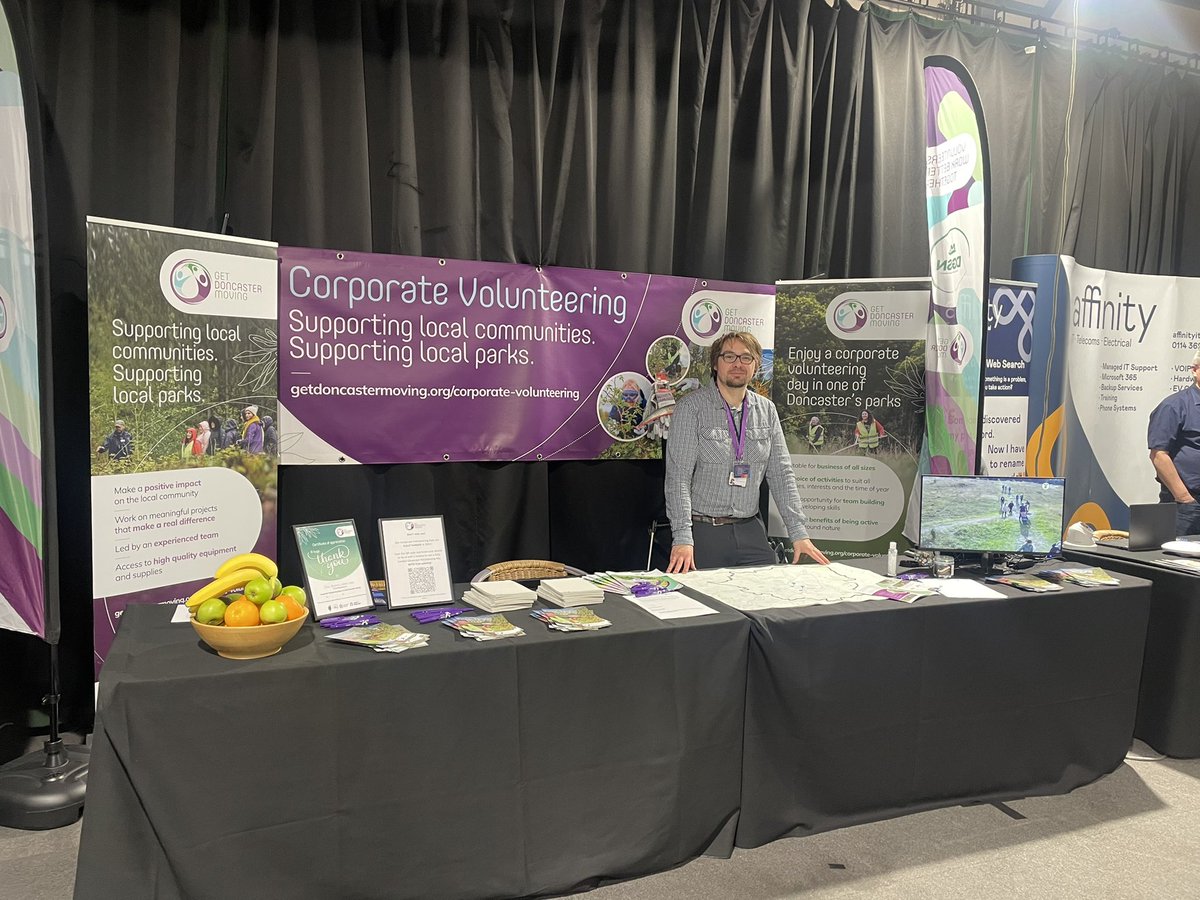