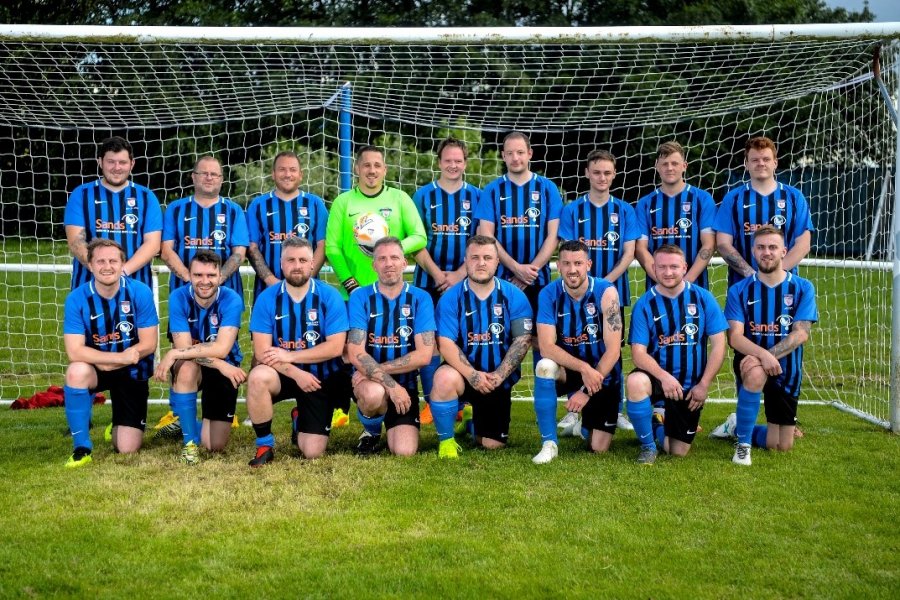 Sands United currently have teams around the UK and Northern Ireland and, as of 2019, Doncaster is now proud to have its very own Sands United Football Club. Get Doncaster Moving are delighted to have supported Sands United FC with the start-up of the new team in Doncaster.

Sands United FC is a unique team made up of men who have suffered from the loss of a baby. It is a team where dads and other family members can come together through a shared love of football, and find a support network where they can feel at ease talking about their grief when they are ready. All of the players proudly play with their babies names displayed on their kit every game.

The football teams make a difference by raising money to support Sands achieve its vision "fewer babies die and when a baby dies, anyone affected by the death receives the best care and support for as long as they need".

Get Doncaster Moving has supported Sands United FC with funding to get the team started. The team have used the funding on match/pitch fees (which has enabled them to play home games), a first aid kit and a good standard match ball.

Sands is the stillbirth and neonatal death charity. Founded in 1978, Sands exists to reduce the number of babies dying and to ensure that anyone affected by the death of a baby receives the best possible care and support for as long as they need it wherever they are in the UK. For more information and to support the charity please follow: https://www.sands.org.uk/