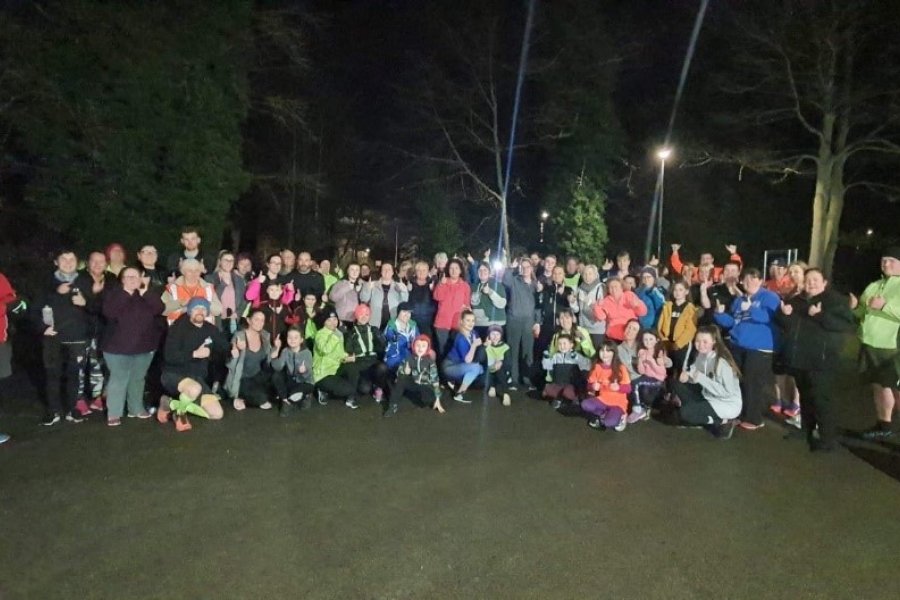 David started running after a friend (Richard Wood) advised that it would be good for his mental health. He began running alone and as he was running he would share photos on local social media pages. Somebody commented on one of his photos asking if they could join him, following this he opened up the invite and that was the start of Broddy Pitt Top Runners in September 2018.

"This has always been a dream of mine; I never thought it would actually happen".

"It my passion and I am proud of everybody involved, I love seeing people progress and the smiles on people's faces. Running this club has also massively improved my confidence".

David currently runs the club on his own free of charge and making no profit. He has the support of some regular social members who help the beginners group and he has Ben Elliott Massage Therapy help with the warm ups and any injuries/niggles that people may pick up. David's 11-year-old daughter also supports David with the admin work.

"This club has brought the community together; it has improved people's confidence, fitness, mental and physical health. I want people to believe in themselves and become regular social group members. Broddy Pit Top Runners provides an option of exercise for people with no judgement. Myself and other members are also here if anybody needs somebody to talk to, we wear #HappyToTalk badges".

The club has members of all ages and even has three generations of one family: child, mum and grandma. Everybody is welcome to join. David has linked up with the local Slimming World and 10-15 Slimming World members attend the runs often. As well as running, Broddy Pit Top Runners also do social events and will often meet up away from the run days.

"My aim is to provide people with an opportunity to use running to help them with their mental and physical health the way that running helped me. I would like to thank Richard Wood for getting me in to running at the very start".