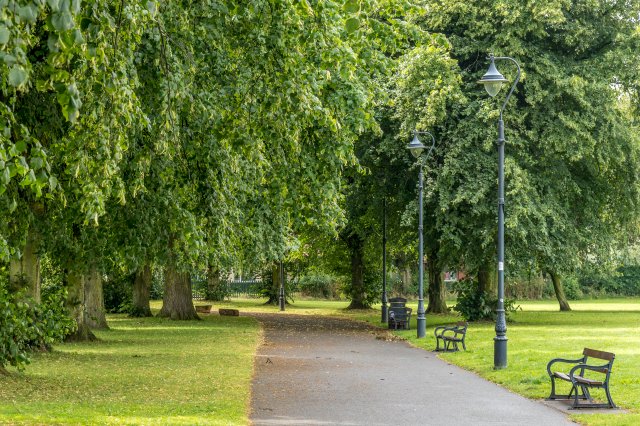 Even before the pandemic, Doncaster was below the national average for physical activity, with around one in three residents finding it hard to do at least 30 minutes of physical activity regularly each week .

The findings come as Doncaster Council is set to launch a new campaign to 'Get Doncaster Moving' – supported by Sport England and the National Lottery. This is an initiative to increase participation in physical activity and sport in the borough, with a view to making Doncaster a healthier and more vibrant place to live.

The new campaign, which launches today (Wednesday 17 March), will be broadcast across social media, via targeted leaflet drops to Doncaster residents and via the council's own newsletter, with a focus on real people in Doncaster who have experienced the physical and mental health benefits of getting active.

The first phase of the campaign focuses on walking as a free, accessible activity that can be done at any time of year, including during lockdown. The campaign talks about the physical and mental health benefits of walking and demonstrates the many green spaces that people can enjoy in Doncaster, from parks to countryside.

Among those to feature in the campaign is chairman of the Doncaster Ramblers walking group, David Gadd, who talks about the positive impact that walking has had on his life. He says: "There are so many benefits of walking. It improves your wellbeing, gets you out in nature, and it's completely free. All you have to do is put some footwear on, get outside and take that first step."

David's story and details of his favourite local walking routes will be showcased as part of the launch campaign, alongside the strapline; 'The great outdoors; the biggest bargain going' – to help promote the free and accessible nature of walking, no matter what your financial circumstance.

Walking for fun or leisure was the most common activity among Doncaster residents who had been physically active during the second lockdown, with 58% of people getting out for walks. A quarter of respondents (24%) said they had done fitness or exercise classes at home, while 23% kept active by gardening.

Half of all Doncaster residents (49%) said they plan to do more physical activity in the next three months, though female residents were more likely to say this (55%) compared to male residents (39%).

Get Doncaster Moving is a partnership of organisations aimed at improving the health and wellbeing of people in Doncaster, from tackling barriers to participation at the community level, to providing grants and other support to local sports clubs and fitness groups.

Councillor Nigel Ball, Portfolio Holder for Public Health, Leisure and Culture, says the impact of lockdown has shown that being active is more important than ever. He is urging people to take the first step by getting out for a walk or another form of leisurely activity in their local area.

As Cllr Ball says: "We know that lockdown has had a major impact on the health and wellbeing of people in Doncaster, as it has done across the country, so it's concerning to see that physical activity levels have fallen so sharply during the pandemic. Of course, this is understandable given the restrictions people have been living under, but it presents new challenges for the long-term physical and mental health of people in our communities.

"That's why we want to raise awareness of our Get Doncaster Moving strategy and showcase how being more active can be a fun and positive thing for the whole family to enjoy. By focusing on walking for the first phase of the campaign, we wanted to highlight an activity that remains easily accessible in lockdown, and that has huge benefits for mental and physical health.

"This campaign comes at the right time for our residents, as lockdown measures begin to ease, the weather improves and the evenings get lighter, hopefully enabling people to spend more time outside and to be able to appreciate the positive benefits that this can have on health and mental wellbeing."