Doncaster residents share their stories to help 'Get Doncaster Moving' 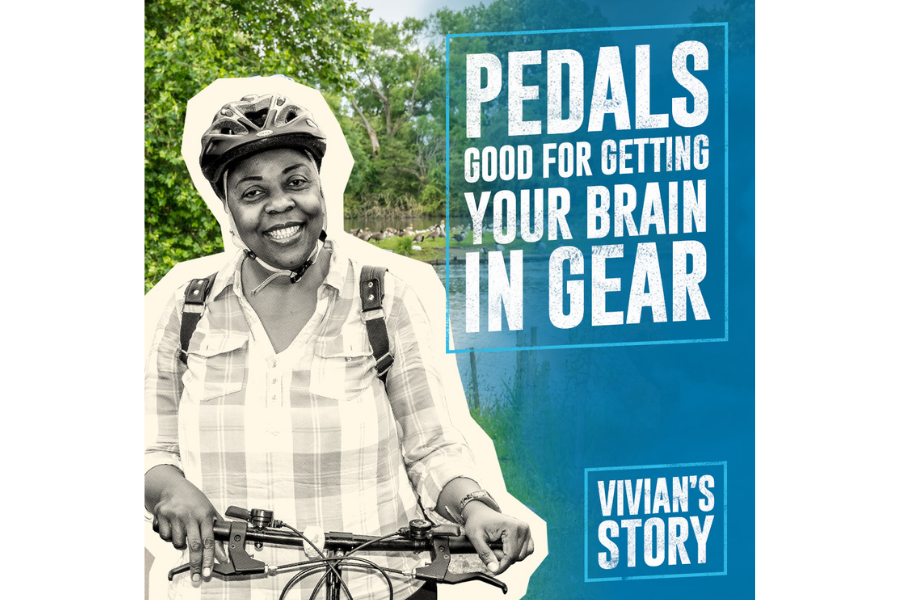 Doncaster residents are coming together to help people to get active this summer, as part of a campaign supported by Doncaster Council to boost people's physical and mental health following the pandemic.

Local residents from Balby, Bentley and even a world champion boxer from Denaby are among those backing the Get Doncaster Moving campaign, which is designed to help Doncaster's communities become healthier and more vibrant by increasing participation in physical activity and sport.

The latest phase of the Get Doncaster Moving campaign continues to focus on real people in Doncaster who have experienced the physical, mental and social benefits of getting active.

This includes Vivian Ngum, 45, who took up cycling after feeling worn down after struggling to find the time to exercise. Vivian says cycling has improved both her physical and mental health and helped her to socialise following lockdown.

She comments: "During the first lockdown in 2020 I made a conscious effort to get out more and explore my local area. I'd do brisk walks and run for a bit, then I was really lucky as local charity gave me a bicycle, that meant I could start going on cycle rides. I'm still a little nervous but I'm getting better and finding some good trails. My friend is also getting a bike so we are planning some outings over summer – she's my sports buddy!"

To support the campaign, everyone across Doncaster is invited to share their own stories of how sport and physical activity has made a positive difference in their life, using the hashtag #GetDoncasterMoving.

Julian says: "Cycling is a really good way to keep fit and to get around - you don't need any fuel and it doesn't create pollution. There are some great tracks and trails around here with more being maintained at the moment. So, if we can help more people get on their bikes and enjoy them, then that has to be a good thing."

There is support available for anyone who is interested in cycling, regardless of their level of ability. Information on cycle training, access to bikes, cycle groups and cycling to work initiatives can be found at https://www.doncaster.gov.uk/services/transport-streets-parking/cycling

There are also lots of running groups across Doncaster who cater for beginners, where people can gradually build up their confidence and stamina. There's also helpful apps such as the Couch to 5K programme to ease people slowly into running over several weeks.

Terri first visited the local boxing gym with her dad when she was just 10 and has never looked back. Now aged 24, she is the WBC and IBO World Champion, undefeated in 12 professional contests.

Terri believes people should consider giving boxing a try as a way of getting fit and meeting other people. "With boxing you use both your body and brain, challenging yourself as much as you can," she says.

"For anyone who is thinking about giving it a try my advice would be, 'just do it'. You never regret coming to the gym!"

In addition to offering inspiration with these real-life stories, the new campaign will provide people in Doncaster with ideas for how to get active this summer. This includes promoting a new Neighbourhood Explorers Quest of treasure hunt activities for families and children.

Councillor Nigel Ball, Portfolio Holder for Public Health, Leisure and Culture, says: "This latest phase of the Get Doncaster Moving campaign is a great way of reminding people of all the fantastic ways to be active in Doncaster.

"We know the pandemic has made it challenging for many people to get out and be active. Having local people from Doncaster feature in the campaign and share their stories is very inspirational, and we hope that others will follow their lead and try walking, running or cycling this summer."

RT @we_aredarts: "Come down and enjoy yourself, because we do!" Unsure if #DanceOn is for you? Listen to what our participants think and come along and try a session for free. Our #Edlington group meets every Monday at 10:30am @EdlingtonECO. No need to book - just turn up! @DoncasterMoving

With the nations PE teacher himself, Mr Joe Wicks🤸

Find out how important social media can be to help grow your audience and community by The Body Coach, you won't want to miss this one!💻🥦📱⚽️ twitter.com/cimspa/sta…

Less than two weeks until @we_aredarts bring #WeCreate to Mexborough!

No need to book, just turn up and get creative🎭🎨🎬🎷

RT @DoncasterMum: Yesterday I popped to Our Lady Mount Carmel school to drop of their books. Thanks to parents who nominated them in our #explorersquest competition! @DoncasterMoving

RT @DoncasterMum: Brilliant to handover another book bundle today to @AuckleySchool! Parents from their school entered our competition back in July as part of #explorersquest with @DoncasterMoving 💜