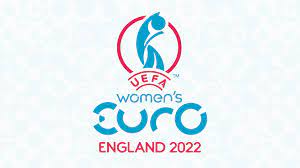 The whole country has been gripped by the Women's Euros this year – there has been a buzz around the tournament the likes of which we have not seen before in women's football. With viewing figures at an all-time high (a record breaking 17.4 million tuned into the incredible final on the BBC), this is a hugely significant moment for the game and for the future of women's football. And it is with great pride that we saw ex-Doncaster Belles players Millie Bright, Mary Earps and Beth England play starring roles in bringing football home.

We know through our research at Get Doncaster Moving that role modelling plays a very important and influential role in encouraging people to become more physically active – our research has shown that people are motivated by seeing people that they can identify with - 'people like me' – taking part in physical activity – be that a team sport, cycling, walking or any other way to be active.

Time will tell what long-term impact the Women's Euros will have on inspiring more girls to get into football, but it certainly feels like this is a moment that has the potential to make real change, and we will watch with great interest the impact this may have nationally and locally on girl's uptake in the sport. That said, there is still much work to be done to address diversity across women in football – we only need to look at our own team to see that.

The challenge to get more girls being physically active is deep-rooted and will take time to address. We know that:

What is for certain is that we need to listen to what girls are telling us about why they are less active – and we need to respond to their needs. We need to build this in to the design of our physical activity offer – for example, our parks, exercise classes, sports clubs, active travel opportunities and the school curriculum.

A local example of designing space for girls to encourage participation in football is Sandringham Primary School in Intake. Having noticed that it was only the boys who were participating in their break time football sessions, they made a change to the rules, dedicating one day a week to a girls-only football session. On this day every week only the girls are allowed to play football at break time, and the boys are encouraged to find other ways to be active.

The school had observed that girls had been reluctant to play football with the boys, so they gave them a space and time to play as a girls' team, to see if it made a difference to participation levels – and it did.
Meanwhile, the school felt like the boys benefited from being encouraged to have more variety in their play time, and found other ways to be active.

To support this, a special assembly was given, based around exploring the issue of equal opportunities and the school's Play and Activity Leader and a football coach also ran a session to cover basic football skills, with over 100 girls from the school taking part.

Not only are these girls-only football sessions very popular in school, many of the girls have gone on to join local football clubs, with one year three girl lucky enough to be a mascot at the Women's EURO's France - Belgium Game at Rotherham New York Stadium.

That is just one example of how, responding to the needs of girls can open up opportunities and offer encouragement to them to be active. These seemingly small changes have had a huge impact on girl's football at Sandringham Primary - we need lots more of these small changes to happen, to change our current systems and thinking, and to present new opportunities for girls to be active in a way that speaks to them.

We all saw on Sunday what can be achieved when we do.

Doncaster Council also has a Sport Club Fund which is available for constituted grassroots sports clubs and community groups who are looking to train up volunteers, or are looking to create a new club/team with the aim to increase physical activity and sports participation in Doncaster. More information here: Support for sports clubs | Get Doncaster Moving

Our Publications - Women In Sport

Sheffield and Hallamshire Football Association – information on women's football in our area:

Sheffield and Hallamshire Football Association – information on girl's football in our area (Wildcats):