Lockdown exposes health inequalities in Doncaster as new campaign is launched to ‘Get Doncaster Moving!' 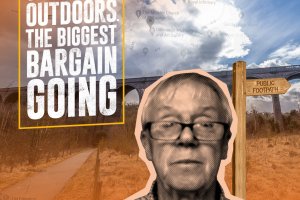 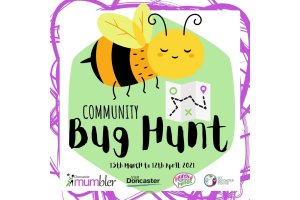 Easter is going to be even more fun this year with Doncaster Mumbler. The team have created a fun, free Bug Hunt at 5 local woodlands and parks for families in Doncaster this Spring. Read More »

On the morning of Wednesday 3 March we'd like to invite you to clear your diary and spend some time with the Get Doncaster Moving team and partners to regroup and reconnect after what has been an incredibly tough year.

The meeting will provide an opportunity to network with other people who have a role to play (however big or small) in tackling the barriers to inactivity in Doncaster and a space to have an open discussion to share ideas and explore ways of working together. Read More » 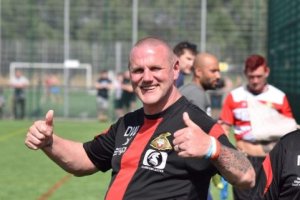 It is with great sadness that we heard the news about the passing of Darren Warner.

Darren was the founder of Club Doncaster Titans in 2014. Darren started his search in 2006 to find a football club for his autistic son. After trying a few different disability clubs and several mainstream clubs, he decided to create a club himself to accommodate his son, his friends and any other players with a disability or mental health condition in Doncaster area.

Darren suffered from lung fibrosis, despite this he still fully committed all of his time to support any player disabled or non-disabled or those who suffer from any type or degree of mental health. Through his hard work and dedication, he was awarded the Unsung Hero 2019 for the BBC Yorkshire Region. He can be seen receiving his award here: https://www.facebook.com/watch/?v=964149180608067

The Get Doncaster Moving team and partners worked very closely with Darren and Club Doncaster Titans on many projects over the years, such as working on funding bids, supporting campaigns to encourage physical activity, and working Sheffield & Hallamshire County FA to grow female involvement through the wildcats programme. Darren also worked hard to support other Doncaster Clubs through the challenges that covid-19 created, sharing valuable advice and guidance on return to safe play (when/where possible).

Darren played a huge part in growing and developing inclusive football not only in Doncaster but around the whole of Yorkshire and he was an inspiration to many people young and old. Darren will be greatly missed by many.

Councillor Nigel Ball stated ""I am extremely saddened to hear of the passing of Darren Warner, Darren did so much for the community and he was an inspiration to many. My thoughts are with his friends and family at this time".

Our thoughts are with everybody at Club Doncaster Titans and with Darren's family. A Just Giving page has been set up to support Darren's family and you can donate here: https://www.gofundme.com/f/darren-warner-rip

Funding secured to support Doncaster residents to be more active

Doncaster Council have secured vital funding from The National Lottery and Sport England to help residents to start – and maintain – their levels of physical activity. Read More » 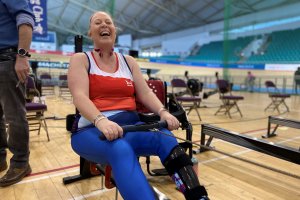 In 2014, Caroline was medically discharged from the Army. She was introduced to the sports recovery programme through Help for Heroes in 2015, where her journey started in adaptive sports. Read More »

Ava Brown is a 15-year-old student studying at Hungerhill School in Doncaster. She started BMX at the age of nine and is now a double BMX British Champion at her age group (2018 & 2019). Read More »

Get involved in Fencing…

Fencing, fitness and fun for girls and women of all ages and abilities.